CAR ACCIDENT SCENARIOS: WHO IS AT FAULT? 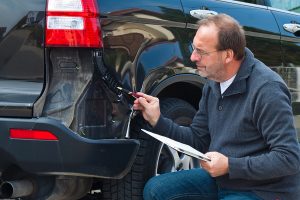 Telling someone you have been injured in a motor vehicle accident prompts lots of questions. One of the most common is: “Who was at fault?” We ask each other that question because the answer goes a long way in determining who faces legal liability for an accident victim’s injuries. But, what do we mean by “fault?” And how do the people who determine legal liability go about figuring out who is at fault and who isn’t? That is the subject of this blog post. It turns out, “Who’s at fault?” is not always an easy question to answer. As often as not, reasonable people can take conflicting viewpoints on the matter.

Floridians use the word fault every day in a wide variety of contexts. But what does it mean when we talk about motor vehicle accidents? Typically, car accident lawyers talk about fault as a way of describing breach of a duty of care owed by one person to another not to act (or fail to act) in a way that leads to someone getting hurt in a car accident. Speeding in a school zone or driving while under the influence of illegal drugs, for example, constitutes a breach of the duty of care. We would say the person who commits those violations is at fault for a motor vehicle accident following from those behaviors.

In many motor vehicle accidents, a vehicle’s driver is at fault for the accident, as in the example above. But experienced Florida car accident lawyers do not stop at pinning fault on the other driver. Lots of other parties—individuals and companies—might also have fault for a motor vehicle accident, and it is up to the lawyer and his team to gather the evidence needed to prove that fault in a Florida court.

So, let’s take a look at some of the most typical car accident scenarios to explore who lawyers might want to investigate for fault. As you will see, it is not always the usual suspects.

A rear-end accident happens when the front end of one vehicle collides with the rear end of another vehicle. Usually, though not always, the vehicle head in the rear has stopped or is moving slowly in the moments before the accident. Attorneys experienced in investigating these types of motor vehicle accidents will almost always look first to the actions of the driver of the trailing vehicle as potentially at fault, because all motorists have a duty to drive at a speed that permits them to stop in time to avoid a collision, and leave adequate stopping room before the vehicle ahead. The mere fact that a rear-end collision happened strongly suggests the trailing driver did not live up to that duty.

But that is not always the end of the matter. For instance, what if the leading driver backed into the trailing driver? That would suggest the leading, not trailing, driver has fault.

And that’s not all. Other parties might also have fault for a rear-end collision. To stop a car, you need functioning brakes. If the mechanic who most recently serviced the trailing driver’s car made a mistake that caused the driver’s brakes to fail, then the mechanic might have fault for the collision. If the trailing driver had just taken a new medication that had dangerous interactions with his existing medication that made him sleepy, and a doctor or pharmacist failed to warn the driver about those interactions, then the doctor or pharmacist may have fault.

Broadside collisions (also known as T-bone accidents) involve a right-angle impact between the front end of one vehicle and the side of another. They happen at intersections and in other driving scenarios where traffic crosses. They put the occupants of the vehicle struck on its side in particular danger, because fewer cars and trucks have effective side-impact safety features as compared to front-impact safety features.

As in other types of motor vehicle accidents, lawyers take a hard look at the actions of the drivers in broadside collisions in trying to determine fault, because it stands to reason that one of the two of them failed to yield the right of way as required. For example, a driver may ignore a stoplight, or a driver may trip to make a quick-left turn across heavy traffic, leading to a collision.

But as above, that is not always the case. Other factors could explain how crossing traffic ended up in the same place at the same time. Road engineers know, for instance, that it is important to design intersections with clear sightlines. If a roadside object or obstruction blocks visibility at an intersection, or if an engineer locates an intersection at a hilltop or on a curve where it is impossible to see approaching traffic, then the parties responsible for those poor sightlines may have fault for a broadside collision that occurs there.

Vehicles collide head-on when one of them goes the wrong way in a travel lane. That doesn’t usually happen on purpose, which is why head-on collisions are relatively rare. But when they happen, they often cause catastrophic injuries, and fatalities. Again, lawyers expect to find that one of the two drivers has fault for the accident; that one of them entered the travel lane of the other by mistake. This can happen when, for example, a driver allows her car to drift into the oncoming lane while texting-and-driving or by falling asleep at the wheel after a long shift at work. Some of the most catastrophic head-on collisions happen when a drunk driver enters a highway going the wrong way, as was the case in a deadly head-on collision in Fort Lauderdale.

But lawyers know they need to look deeper even in senseless tragedies like these where it seems driver mistake is the only explanation. Because, even when a driver makes a mistake, fault could still lie with someone else for causing that mistake. A city road department, for example, could have fault for a head-on collision if a one-way sign points in the wrong direction, or a flagger allows traffic to proceed through a single-lane construction zone without making sure opposing traffic has finished coming through from the other side.

You might think that a single vehicle accident is always the driver’s fault. What else could explain a car running off the roads into the woods, or rolling over on the highway? Well, a lot, it turns out.

Lawyers representing clients injured in single-vehicle accidents investigate the reasons why their clients lost control and ended up in crashes. Even without a collision, the actions of the driver of another vehicle could have contributed to the accident, such as by cutting off the client or engaging in dangerous road rage behavior. In those cases, the other driver could have fault.

There are other potential at-fault parties in single-vehicle accidents. Automotive manufacturers, for instance, have fault for accidents caused by the failure of a defective vehicle component. Defective tires, for example, were blamed in causing catastrophic accidents in Florida, and though many of these accidents result from normal wear-and-tear, the manufacturer may bear fault if a tire fails due to faulty manufacturing.

Fault plays a complicated role in Florida car accidents that leave accident victims injured. In the Sunshine State, all drivers must carry personal injury protection (PIP) insurance coverage, also known as no fault insurance. PIP covers the insured driver’s own injuries in a car accident, regardless of whose fault the car accident was. When it comes to paying for medical care with this insurance, in other words, fault doesn’t matter.

But that does not mean fault has no impact on liability for Florida car accidents. Far from it. Under Florida law, the party with fault for a car accident faces legal liability when the accident results in severe injuries and fatalities. So, for all but the most minor car accident injuries, an experienced Florida car accident attorney will conduct a thorough investigation to determine who has fault and, as a result, owes money damages to the attorney’s client.

In that investigation, the attorney will look to various sources of evidence, from police reports to eyewitness statements to security camera footage of the accident scene. The attorney will evaluate this evidence, sometimes aided by accident reconstruction and automotive mechanics experts, to develop a picture of how the accident happened and whose actions led to it. What the lawyer looks for is a direct connection between someone’s actions or omissions and the accident and/or his client’s injuries. The evidence in some car accidents will point to just one party who has fault. In other cases, multiple parties may have contributed to a collision. The more parties the attorney can find, the more options the injured client has to pursue a claim for damages.

Once an attorney has identified who is at fault for his client’s injuries, he and his client decide which of them is worth the effort to pursue for compensation. Several factors go into this decision. One of the most important is whether a party with fault has the resources—either through insurance or assets—to pay damages. Another is how difficult it might prove to establish that party’s fault in a court of law. Once a lawyer and client settle on at fault parties to pursue, the lawyer prepares a demand for payment and sends it to the other party and/or the party’s legal or insurance representatives.

In most cases, this demand prompts a negotiation, which in turn leads to a settlement between the at-fault party and the lawyer’s client. But the process does not always go that way. Sometimes the other party disputes the question of fault. In that case, the lawyer and his client may take the case to Florida court, asking a jury to decide fault and the amount of damages owed to the injured client.

Find an Attorney With the Resources to Prove Fault

That is why it is always important to hire a lawyer with the reputation and experience to win in court, just in case that is what it takes to get the compensation you deserve. How do you find that attorney? Here are some tips:

No two car accidents are identical, and fault is not always as straightforward as it seems. Make sure you give yourself the best possible chance to identify and pursue every at-fault party with the means to pay you damages. A Florida motor vehicle accident attorney can help protect your rights.