SIX OF THE MOST COMMON CAUSES OF COLLISIONS ON FLORIDA ROADWAYS 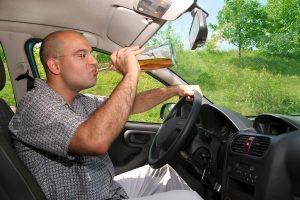 According to the Florida Department of Highway Safety and Motor Vehicles during 2017, there were more than 650,000 drivers on Florida roadways involved in a traffic accident. In total, more than 400,000 crashes resulted in 254,310 injuries and 3,116 fatalities. With more than 17 million drivers in Florida, it is not surprising 2018 statistics showed there was not much change from the prior year. There are numerous reasons for  Florida roadway accidents and understanding the most common types of collisions may help keep you safer on the road.

Nearly 6,000 drivers who were involved in roadway accidents were cited for impaired driving. In some cases, the driver was cited for alcohol intoxication, in others for drug impairment, and unfortunately, in nearly 400 cases, drivers were cited for both alcohol and drug impairment. Drivers who insist on getting behind the wheel of their vehicles impaired pose a significant risk to other drivers, pedestrians, and workers maintaining Florida roadways. More than 3,500 victims suffered an injury due to impaired drivers.

2. Speeding Violations Are a Significant Problem in Florida

Across the state, there were 664,767 citations issued for speeding on Florida roadways during 2018. This is a serious problem for all drivers, and those who are victims of a speeding accident are likely to suffer serious injury. Injuries in a speeding accident can range from whiplash to more serious injuries including death. Drivers, passengers, pedestrians, and those who are working to maintain roadways are at risk from drivers who fail to follow speed limit restrictions.

During 2018, citations for careless driving were issued to 85,137 drivers in Florida. Careless driving is an offense which means the driver failed to pay attention to road conditions and continued to drive in a manner which put others on the road at risk. This is a serious problem and those who are found guilty of causing a crash are facing a moving violation which may result in them having points assessed against their driving record. Criminal charges are warranted should the driver cause serious bodily injury or drive in a manner which results in loss of life.

When a driver is not paying attention to the roadway, they could pass other drivers in an unsafe manner resulting in a collision. During 2018, 21,793 citations were issued for improper lane changes. While statistics do not reflect how many of these incidents resulted in an accident, chances are high that other drivers and their passengers were injured either in a sideswipe accident or in an accident involving some form of collision. If one car is occupying a lane, there is little they can do to prevent being struck by another vehicle coming into their lane.

5. Distracted Drivers Are Problematic Across the United States

We live in a time when everyone seems to be busy communicating with friends and family via text message, social media, or other electronic means. In the United States, there are nearly 400,000 people injured annually because of distracted drivers, according to the National Highway Traffic Safety Administration (NHTSA). Distracted driving does not mean only the use of electronic devices however, some drivers are eating or simply not paying attention to the road because they are talking to other people in their car. As another operator on the roadway, you could be the next crash victim of an inattentive driver.

The U.S. Department of Transportation indicates that weather also is responsible for accidents. While many drivers think because Florida is not known for snowstorms, weather-related accidents are less common, this is wrong. In fact, 70 percent of weather-related accidents occur on wet roadways and 46 percent of those occur when it is raining outside. Surprisingly enough, rain and wet roadway conditions result in more accidents than snow or ice on roadways across the United States.

These are only some of the reasons for roadway collisions in Florida. Unfortunately, victims of an accident seldom worry about what caused the accident, they are more concerned about the fact they are injured and what they have to do to recover.

When You Are in a Collision

Accidents can happen in the blink of an eye. In the subsequent confusion, you may not know what steps to take to protect yourself, passengers in your vehicle, and others who may be victims of a crash. The first thing you should now is Florida statutes require anyone who is involved in an accident provide aid to other victims if they can. The same statute requires you to provide your name, insurance information, and other pertinent contact information to anyone involved in the accident.

Law enforcement officers must be notified of any roadway accident which causes property damage or personal injury. Once you have made sure you are out of any immediate danger of being struck by another vehicle and moved your car if possible, police should be called and if needed, emergency medical services should be summoned to the scene.

If you are a victim, and if you aren’t too injured to do so, get the name, driver’s license information, and insurance information from anyone who is involved in the collision. You should also try to obtain the information of anyone who witnessed the accident. Remember, witnesses can be other drivers, pedestrians, or shop owners who happen to have a location near the site of the accident.

The range of injuries one can suffer during a car crash is staggering. While some car accidents result in only minor injury, some injuries can take weeks, or even months to recover from. In some cases, victims will suffer pain for months, years, or their entire lives as a result of a car accident. Some of the most common injuries include:

There are other potential injuries you could suffer as a victim of a roadway collision including soft tissue injuries, internal bleeding, broken bones, and in very serious accidents, the loss of their lives despite the best efforts of medical teams.

When discussing the circumstances of the accident with the other driver, law enforcement, and your insurance company, you must be careful about answering any questions or giving any impression you had any fault in the accident. Florida is a no-fault insurance state and uses a pure comparative negligence rule. This means any compensation you might be entitled to receive as a result of a collision will be reduced by the amount of your fault for an accident. You should never give the impression the accident was in any way your fault, nor should you underplay the severity of your injuries. You may not know how seriously you are hurt for a few hours or days after an accident because of the adrenaline rush your body undergoes at the time of an accident.

As soon as you can, notify your insurance company about any accident occurring on Florida roadways. Your insurance company will want as many details as you can provide, but as previously indicated, use caution in describing the accident. In most cases, provide only basic information about the accident and do not answer any specific questions posed by an adjuster before speaking with a personal injury lawyer. In fact, you may wish to call a car accident attorney first and have your lawyer communicate with the insurance company.

Keep in mind, all drivers must adhere to rules that ensure their own safety and the safety of others on the road. One reason to contact an attorney is to protect yourself from accepting blame when another driver was at fault. Insurance adjusters know what questions to ask, and how to ask them to deflect responsibility.

Florida requires victims to prove the at-fault driver had a duty to protect you from injury and failed to do so. When these failures occur and you suffered an injury as a result of their negligence, you have the right to recover damages.

When a driver causes an accident because they were impaired, distracted, or speeding, they should be held accountable for the harm they cause. Some victims may be able to seek non-monetary damages after a car accident including losses associated with pain and suffering, loss of skills, and when a death occurs, loss of companionship. Only by working with a skilled attorney will you have a grasp of what you may recover in damages.

While you dutifully pay your insurance premiums, you should be aware that insurance companies are interested in protecting their bottom line. These companies make money on premiums, and they lose money when they must pay a claim. This means they are going to look out for their own best interests and offer you as little as possible to settle your claim. Insurers know when you are recovering from an injury, you are financially vulnerable, and they will often “low-ball” a settlement just to see if you will accept their offer. Accepting the first offer from an insurance company is never a good idea because initial offers seldom take into consideration the longer-term issues you will have to deal with during, and after your recovery from car accident injuries.

Instead of negotiating with an insurer who is determined to pay as little as possible, contact an Orlando car accident attorney to act on your behalf. In many cases, these claims can be settled out of court, but if your lawyer cannot reach a reasonable settlement with the insurer, they can take your case to court and advocate on your behalf.

Potential Compensation After a Car Accident

Victims of car accidents can recover monetary damages in excess of what their insurance covers for medical treatment, including hospitalization, surgical procedures, pain medication, and rehabilitation costs. Should you require specialized treatment including in-home nursing care, you should not have to bear the burden of these costs when you are a victim of another driver’s failure to use caution.

Victims are also entitled to compensation for lost wages. Cases where a victim is injured so seriously, they are unable to return to work requires someone with knowledge of how to calculate current and future lost wages. This is another reason you want to work with a personal injury lawyer in Florida who has experience working with car accident victims.

Few things are as life-altering as a car accident. One minute you are heading to work, home from work, or running a few errands and the next thing you know you are wondering what happened. Victims of car accidents have rights and to protect those rights, you should work with an attorney who understands Florida personal injury statutes, no-fault insurance regulations, and who has experience working with victims of car accidents.

You have a long road of recovery in front of you after a car accident, and the additional stress of dealing with insurance companies and other matters can hinder your recovery. The decision to contact a Florida personal injury lawyer today, and let them take the lead in getting you the compensation you deserve for your injuries, can substantially improve your prospects for the future.