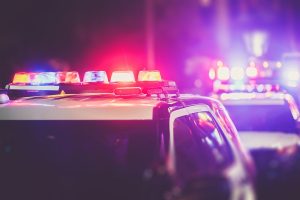 When you drive Florida’s highways, you have a road trip experience like no other. You see lush tropical landscapes and scenic views wherever you go. Each road is a pathway to a trendy resort, an impressive entertainment venue, or a thrilling theme park. Florida is filled with exciting destinations and family-friendly adventures but as a conscientious driver, you must also be aware of drunk driving car accident dangers. When you’re on the road, there’s always a possibility that a drunk driver is operating the car in front of you, behind you, or in an adjacent lane.

While you’re driving responsibly to keep your family safe, drunk drivers with whom you share the road are dealing with a different choice. As long as a drinker remains outside of his vehicle, his alcohol consumption often causes consequences that only affect him. When he is actively drinking and decides to get behind the wheel, his choice creates a hazard for himself, for you and your family, and for everyone else on the road.

Alcohol deteriorates the mental and physical functioning that enables a person to drive safely. With each alcoholic beverage consumed, a drinker chooses to increase the risk he presents for others on the road. Because alcohol impairs a person’s judgment and reasoning, it’s likely that at some point an alcohol-impaired driver won’t recognize his diminished mental and physical capacities, not even after an accident occurs.

This drinking/driving dynamic becomes more frequent on weekends and from evening into the late at night hours. That’s when alcohol-impaired drivers become involved in a significant number of fatal accidents.

Drunk driving is the number one bad behavior on the National Highway Traffic Safety Administration’s Risky Driving list. The NHTSA’s national statistics for 2018 documented 10,511 deaths involving an accident with a drunk driver. That’s 30 deaths each day, one every 50 minutes.

With 814 deaths in one recent year, the NHTSA lists Florida as having the third-highest DUI-crash fatality rate in the country. The FLHSMV Florida Crash Dashboard provides years of accident statistics, including these additional facts about Florida DUI crashes in a single year.

Florida statutes recognize that a driver doesn’t have to reach 0.08 percent BAC for alcohol to affect his driving. Under Florida 316.193, Driving under the influence, a driver also commits a DUI crime if they have been drinking, “…to the extent that the person’s normal faculties are impaired…” A person is guilty of DUI if they are “… driving or in actual physical control…” of a vehicle. This means a person commits a crime if they are sitting behind the wheel and in control of the vehicle but not necessarily driving. These laws also apply to drivers operating a vehicle under the influence of controlled substances.

Florida’s strict DUI codes criminalize a driver’s first DUI conviction. For a first offense, a person convicted of a DUI crime owes a minimum of $500 to $1,000 in fines. Penalties for a first conviction also include up to six months of imprisonment, community service, and probation. Penalties increase for each subsequent DUI conviction and usually include higher fines, license restrictions, longer sentences, and mandatory ignition interlock devices.

Drunk Driving Accidents In The News

If you follow local and regional news, you see drunk driving accidents reported frequently. In many cases, law enforcement authorities don’t report alcohol involvement unless it’s confirmed or obvious. As with these three accidents, alcohol use is sometimes so flagrant, police officers DUI at the scene.

In Florida, even if a driver shows no signs of alcohol consumption, he is legally impaired when his Blood Alcohol Concentration reaches 0.08 percent per deciliter. NHTSA testing has documented how a driver’s abilities begin to diminish at even lower levels. At 0.02 percent BAC, alcohol affects a person’s judgment and mood and diminishes his visual and physical abilities. At 0.05 percent BAC, a drinker begins losing control of his small muscles and his coordination abilities.

Before a drinker reaches 0.08 percent BAC, he is operating with a significant reduction in speech, hearing, balance, reaction time, and other physical capabilities necessary for driving safely. He can’t steer very well or respond to moving objects and he can’t react well to emergencies. When a driver reaches 0.08 percent BAC, his deficits restrict his ability to process information, control his vehicle’s speed, or detect danger. This puts you and everyone else at risk.

Research conducted by the National Highway Traffic Safety Association explains how alcohol makes the rapid transition from being a social lubricant to altering a drinker’s driving ability.

Local and national statistics often focus on alcohol-related fatalities as a measure of drunk driving accident severity. The injuries sustained are often devastating as well. Drunk drivers have little awareness of or control over their actions. This lack of presence often leads to serious accidents. A drunk or drinking driver doesn’t always recognize danger or react in time enough to stop a crash. If they’re speeding, distracted by a digital device, or simply fail to slow down, their failure to take evasive actions increases the impact severity and the potential for injuries.

Some drunk driving crash impacts are so severe, victims die at the scene. Those who survive often spend a lifetime managing complex conditions. Vehicle accidents are the number one cause of spinal cord injuries (SCI) and traumatic brain injuries (TBI.) When people sustain these and other catastrophic injuries, they often lose their ability to earn an income. Costly treatment and rehabilitation often last a lifetime. Many catastrophically injured victims must learn to manage permanent disabilities that affect every aspect of their lives.

If a drunk driver injures you in a Florida accident, you don’t have an automatic right to make a liability claim for damages. In Florida, your Personal Injury Protection insurance is your primary resource for economic damage reimbursements. That means you must turn your medical bills into your own auto insurance carrier. Your Personal Injury Protection coverage pays 80 percent of your medical bills and 60 percent of your lost wages. PIP also covers replacement service expenses incurred because of your injuries.

If a drunk driver caused your injuries, his insurance company won’t offer to pay your damages unless they determine two things. Their driver must be legally liable for your damages. You must show that your injuries meet or exceed a tort threshold as described in Florida Statutes, 627.737, Tort exemptions…

What Happens if the Drunk Driver Doesn’t Have Insurance?

Drunk drivers often have a high-risk history. Because insurance coverage is costly for a high-risk driver, they often have minimum limits liability insurance policies or no policies at all. If a responsible driver has no coverage to pay your damages, you may have additional damage recovery rights if you have Underinsured Motorist coverage.

Underinsured Motorist coverage isn’t mandatory in Florida. If you have the coverage on your policy, your company pays your injury claim damages under certain circumstances.

If you have UM coverage, your insurance company assumes the role the other driver’s insurance company would have filled if he’d had a policy in force. Your company investigates your claim and determines liability and damages. If they believe they owe you money for your damages, they negotiate a settlement with you.

This often puts you and your insurance company in the awkward position of being adversaries. This can establish a conflict of interest. Your insurer/insured relationship requires you to cooperate in ways you wouldn’t ordinarily cooperate if you were dealing with the responsible driver’s liability carrier.

It’s not always easy to avoid a drunk driver when you’re sharing the road with so many other vehicles. Sharpening your defensive driving skills often helps.

What Should You Do if You’re Injured in a Drunk Driving Accident?

If you sustain serious injuries in an accident with a drunk driver, you need immediate legal assistance to protect your rights. Accident injury cases in Florida become legally complicated very quickly. Even if you sustain serious injuries, the other driver’s insurance carrier won’t automatically pay your damages. Personal injury attorneys help you deal with legal, liability, and coverage issues. They intervene with insurance companies on your behalf and work to recover the damages to which you are entitled.

When you consult with an attorney, you spend time telling your story. The attorney listens and helps you understand your options. You don’t have to decide to pursue your case until you’re ready, but you do need to do so before the statute of limitations expires. In most cases, your legal consultation is free, and the lawyer will represent you on a contingency-fee basis—so you will pay nothing except a percentage of any settlement or judgment in your favor.