PTSD After an Auto Accident

PTSD AFTER A CAR ACCIDENT 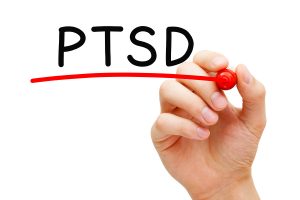 As car accident lawyers, we spend much of our time helping clients recover from the physical toll of accidents: spinal cord injuries, broken bones, brain injuries, and so on. But that is not the only kind of trauma a car accident can inflict. Less obvious, but just as devastating, are the mental health impacts that accident victims and their loved ones suffer long after physical wounds heal and life supposedly returns to “normal.”

In particular, survivors of car accidents frequently suffer from Post-traumatic Stress Disorder, more commonly referred to as “PTSD,” a mental health affliction that can lay waste to a person’s wellbeing. Not only does PTSD cause severe emotional turmoil, it can also lead to physical ailments, personal struggles, and financial ruin.

Vehicle accident victims who find their lives upended by PTSD need help in recovering their sense of safety and stability. If the car accident resulted from someone else’s careless or reckless actions, then victims deserve to have that person pay for the help they need. In this blog post, we discuss the ins-and-outs of PTSD and car accidents, and how to hold wrongdoers legally and financially accountable for causing you to suffer the agony of PTSD.

University of Florida Health (UFH) describes PTSD as an anxiety disorder that “can occur after you have gone through an extreme emotional trauma that involved the threat of injury or death,” such as a car accident or armed combat. PTSD does not necessarily arise in every person who lives through the same traumatic event. Doctors believe PTSD affects some people, but not others, due to a combination of factors, including a person’s genetics, emotional history, age, and family setting. PTSD also does not necessarily arise immediately after a trauma, but instead can appear weeks or months (or even years) after the initial traumatic event. People suffering from PTSD exhibit four broad categories of symptoms, according to UFH:

In addition to these specific symptoms, people suffering from PTSD may also struggle with physical ailments that typically accompany feelings of extreme stress, such as excitability and agitation, headaches, racing heart, and feeling faint or short of breath.

PTSD has also been known to lead to secondary physical and mental health problems. Many PTSD sufferers resort to “self-medication” through the use and abuse of drugs, often without having sought medical care, leading to substance use disorder (a.k.a. addiction) in many patients. PTSD may also lead some people to engage in harmful behaviors, including violence against others, risky or impulsive decision-making, and self-harm.

Doctors typically treat PTSD through a combination of talk therapy and medication. Some innovative approaches to treating PTSD also include the use of virtual reality technologies and “exposure therapy,” such as the techniques developed at the University of Central Florida’s RESTORE clinic.

The general public’s awareness of PTSD mostly stems from the condition’s prevalence among combat veterans. But the fact is, you do not have to have served in the military to experience PTSD. Any extremely traumatic event can trigger PTSD symptoms. Survivors of life-threatening car accidents frequently develop PTSD. In the weeks or months following a traumatic car accident, victims (even those who “walked away” with only minor physical injuries) may feel:

As above, physical manifestations of extreme stress may accompany these symptoms. Also, these are just some of the symptoms PTSD can exhibit in a car accident victim. Anything that feels like (or looks to others like) a downward spiral in your life that you cannot control, particularly if it involves thoughts about or after-the-fact reactions to your car accident, could signal a struggle with PTSD.

Reading the symptoms above, it is not difficult to imagine the myriad ways PTSD can disrupt a car accident victim’s life. In our experience, some of the more common struggles post-car accident PTSD sufferers encounter include:

When we refer to a “downward spiral” above, these are the types of negative life changes we are referring to. Sometimes, car accident victims or their loved ones have a hard time putting their finger on specific PTSD symptoms, but can see that things have gone downhill in their lives without obvious explanation. If your life has turned completely upside down in ways you never would have expected, and it all started with a car accident (even one you walked away from), then you may be struggling with PTSD.

What To Do About PTSD After a Car Accident 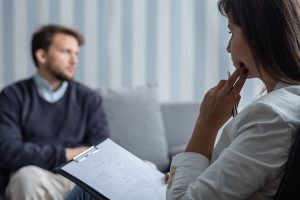 If you were in a car accident and, weeks or months later, find yourself experiencing any of the symptoms or negative life consequences above, SEEK MEDICAL HELP. As a home to numerous military installations, Florida is blessed with extensive resources for people suffering from PTSD. Unsure of where to turn for help? Then call the Substance Abuse and Mental Health Administration’s National Helpline at 1-800-622-HELP (4357), or theNational Alliance on Mental Illness’s HelpLine at 1-800-950-NAMI (6264). These helplines are staffed 24/7/365 by operators who can assist you in connecting with local PTSD treatment resources.

Remember, PTSD is not just a condition that affects veterans. Anyone who has experienced an extremely traumatic, life-threatening event—including a car accident—can suffer from PTSD, and will be received and treated at any of the health centers across the state that treat the condition.

It is also important to realize that having PTSD does not mean there is something “wrong” with you. Having lived through an abnormal trauma, your body is now having a perfectly normal (albeit upsetting) response. You are not broken or flawed. Having PTSD is not a judgment about how tough you are. Just because other people who were involved in your accident seem “ok” does not mean you should feel that way, too. PTSD is a medical condition that affects a person’s mental and physical health for a wide variety of reasons.

Get help soon. The longer you wait to seek help, the more negative consequences PTSD may have on your life. Conversely, the sooner you seek help, the sooner health care providers can get started putting you on the path to recovery.

Let Others Know What Is Going On

The people in your life most affected by your struggle with PTSD—your loved ones, colleagues, and friends—may not understand what has happened to you. From the outside, it may seem like you have taken a nosedive without any obvious cause, particularly if it has been months since your car accident. Difficult as it may seem, it is important to let these people know how you feel and what you are doing about it. Not only will they understand and want to help, but telling them about your struggles may also help heal relationships that PTSD has put under severe strain.

Telling others also helps to protect your legal rights. PTSD is a diagnosable medical condition. Having a PTSD diagnosis entitles you to certain protections under state and federal laws that protect people from discrimination, and potentially also to disability benefits. Consulting with a lawyer is the best way to learn about these legal rights, but in the meantime, it is important to make sure others who count on you are aware of what you are going through.

Most people know that if they sustain physical injuries in a car accident that wasn’t their fault, then they should check in with a car accident lawyer to find out if they have rights to compensation. Fewer people realize the importance of speaking with an attorney if they walked away or heard from an accident, only to see their lives upended by PTSD later.

The fact is, as a diagnosable medical condition, PTSD is just as much of an “injury” as a shattered pelvis or a third-degree burn. Victims of car accidents that were not their fault should not have to “go it alone” recovering from PTSD any more than they should if their injuries included physical trauma. Just like car accident victims who end up hospitalized for months healing from damage to their bodies, victims who suffer from PTSD deserve compensation to help them recover and put their lives back on track.

Too many car accident victims struggle with PTSD in silence. Do not be one of them. Seek the help you need and take a step toward putting your life back on track. If you suffer from PTSD after a car accident, a skilled Florida car accident attorney can help you recover the compensation you deserve from the parties who caused the accident and upended your life.