WHEN RECKLESS DRIVING LEADS TO TRAGEDY 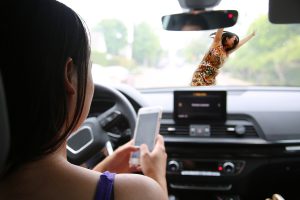 A Florida road trip is the ultimate escape from your daily grind. As you share the road with fellow sunseekers, you encounter tropical landscapes and exciting new experiences. Unfortunately, road travel has a downside. Whether you’re enjoying a leisurely trip or commuting to work, a car crash with a reckless driver can destroy your peace of mind and can sometimes lead to a tragedy.

If a driver’s negligent actions cause a collision, you may accept it as a hazard of the road. It’s different when a fellow motorist behaves with willful and wanton disregard for the damage they might cause. When a driver doesn’t care about the consequences of their actions, the outcome is frequently catastrophic.

A reckless driver’s extreme behaviors often include speeding, road rage, distracted driving, improper lane changes, and red-light running. A reckless driver’s road trip might also include alcohol or mind-altering drugs. Any one of these poor driving choices increases the potential for an accident. When a driver combines two or more of these behaviors they increase the potential even more.

When a reckless driver crashes, they often cause serious vehicle and property damage. The severity of a speed-induced crash intensifies the likelihood that vehicle occupants, including the reckless driver, will sustain serious or catastrophic injuries.

What Is Reckless Driving?

Data from Florida Traffic Crash Facts shows that people who drove in an erratic, reckless or aggressive manner caused 87 fatalities, 166 incapacitating injuries, 358 non-incapacitating injuries, and 422 injuries. Florida’s Reckless Driving statute, Title XXIII, §316.192, states: “Any person who drives any vehicle in willful or wanton disregard for the safety of persons or property is guilty of reckless driving.”

When a person uses a vehicle to attempt to escape from a law enforcement officer, they are automatically guilty of reckless driving. Otherwise, when a police officer cites a driver with reckless driving, confirmation of the behavior is subject to a court’s decision. Even when a driver puts other motorists’ lives in danger or causes serious injuries, it’s frequently difficult to meet the “willful and wanton” standard of proof.

Reckless Driving Is A Crime In Florida

When a police officer cites a driver with reckless driving, it’s not an ordinary traffic citation. Reckless driving is a crime that comes with serious criminal penalties and consequences, including:

Convictions Don’t Compensate You For Your Injuries

For that, you need to hire a car accident lawyer who can file an insurance claim, and if necessary, a lawsuit, on your behalf.

In Florida and other states, a criminal finding of reckless driving is contingent upon proof of willful and wanton behavior. When you examine the traditional definitions of these two terms, it’s easy to understand the challenge of convicting someone of this crime.

To obtain a reckless driving conviction, a prosecutor must prove a driver’s intent at the time of an accident. Without witnesses, credible evidence, or a confession to prove the intentional nature of a driver’s actions, it’s more expedient to convict a driver of a lesser charge such as speeding or distracted driving.

Reckless Driving Is a State of Mind

The wanton and willful aspects of reckless driving are difficult to prove in court. They describe a driver’s mental state at the time of the alleged illegal act. Several mental health specialists have addressed the mental and emotional aspects of reckless driving in articles on Psychology.com. “Outta’ My Way,” by Traci Stein, Ph.D., explains how aggressive driving is a narcissistic trait. She discusses several past aggressive driver studies that concluded, “The more narcissistic the participants were, the angrier and more aggressive their driving was.”

In “Driving While Angry,” Shoba Sreenivasan, Ph.D., and Linda E. Weinberger, Ph.D., concluded that aggressive driving is often a consequence of a driver’s anger. It also occurs when drivers “zone out, enjoy taking risks, or feel emotionally distressed.”

In “Road Rage Is All in Your Head,” Steven Reidbord, M.D., explains how the type of road rage that triggers an aggressive, angry response is “self-generated.” He believes that rush-hour traffic and other scenarios encourage a contagious rage where one driver’s actions sometimes push another driver to react in the same way.

If you’ve ever visited a National Highway Transportation Safety Administration (NHTSA) website or viewed any of its reports, you might have noticed that they avoid using the term “reckless driving.” When the agency cautions drivers about accident-causing behaviors, they often use the term “aggressive” or “risky” driving. The Insurance Institute of Highway Safety (IIHS) takes a similar approach. They provide information on speeding, drunk and drugged driving, and other problematic driving behaviors, but not reckless driving. The Centers for Disease Control and Prevention (CDC) compiles data and makes safety recommendations based on NHTSA data and other resources.

The NHTSA, IIHS, and CDC provide evidence-based statistics from law enforcement agencies and healthcare facilities across the country. Given that reckless driving is a criminal act, it makes sense that national safety agencies avoid using the word “reckless” to discuss problematic driving behaviors. The information they receive and analyze reflects the initial findings on police reports. For the term “reckless” to be an appropriate way to describe a particular incident, the driver must have entered a guilty plea or a court must have found them guilty.

Reckless Driving and Aggressive Driving Aren’t the Same in Florida

A driver operates their vehicle aggressively when they commit two or more of the following acts, “simultaneously or in succession”:

Although it’s a non-criminal charge, Aggressive Careless Driving is a viable enforcement alternative when a prosecutor doesn’t have the evidence for a reckless driving conviction. It doesn’t require proof of willful and wanton behavior or other mental state. During 2018, Florida law enforcement agencies issued 197,618 careless driving citations.

When a Reckless Driver Crashes Into Your Car 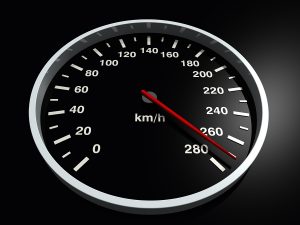 Even if you recognize a nearby driver’s reckless behavior, it’s often difficult to avoid a sudden and unexpected crash. If the driver had a bad attitude before the accident, it will likely worsen after the impact. Once they arrive, local law enforcement authorities will manage the accident scene and the reckless driver. In the meantime, it’s a good idea to protect yourself from further harm by doing the following:

Because of speed, distraction, and other factors, reckless drivers often cause damage that easily results in the vehicles being declared a total loss. As an occupant in a heavily damaged vehicle, catastrophic or fatal injuries are often inevitable. Passengers who survive the crash may sustain life-changing injuries such as traumatic brain injuries, spinal cord injuries, internal damage, and crushed or severely fractured limbs. They sometimes endure a lifetime of costly treatment, income losses, disabilities, and forced lifestyle changes.

As you recover from your auto accident injuries, you will likely encounter a host of insurance complications. Some of the most common are described below.

Insurance Companies Don’t Have To Pay For Intentional Acts

When a reckless driver crashes into your car, you want the legal system to line up against them and in your favor. But courts don’t always convict drivers of reckless driving. Counterintuitively, in presenting a liability claim to a responsible driver’s insurance company, it’s actually better for you if the court convicts the driver of a lesser charge.

Most personal auto policies make it clear that they do not insure intentional acts. They cover their insured’s accidental events. Given reckless driving’s intentional and criminal nature, a guilty verdict could mean the driver’s insurance company will deny coverage for your claim.

Your Injuries Must Qualify For A Tort Exception

If the insurance company agrees to pay your claim, you must first prove that your injury qualifies for a Florida personal injury protection (PIP) tort exception. When you’re injured, your own PIP coverage pays your medical bills, lost wages, and injury-related expenses. You may file a liability claim only if your injuries meet a tort threshold, defined as:

If your injury qualifies you to recover damages from a reckless driver and the company agrees to pay, there’s a good chance that the driver won’t have a high enough limit to pay all of your damages.

As the U.S. DOT’s FARS Data tables show, many high-risk drivers have a history of serious motor vehicle violations and convictions. As many insurers won’t cover these drivers, they often turn to high-risk companies. To offset the higher premium rates and surcharges, high-risk drivers purchase policies with state minimum limits. In Florida, a personal auto policy must include at least:

When A Reckless Driver Has No Insurance

Given coverage issues, costs, and complications, it’s possible that a reckless driver will have no liability coverage at all. If you have uninsured motorist coverage on your auto policy you still have options.

Uninsured motorist coverage is optional in Florida. If you have the coverage, your insurance carrier sets up a claim to pay the uninsured damages. Your insurance carrier fills the role of the reckless driver’s liability carrier. They investigate, evaluate, and settle your claim as the other driver’s insurance company would have had they purchased coverage.

Underinsured motorist coverage pays when your injury value exceeds the other driver’s bodily injury liability coverage policy limit. This is also an optional coverage in Florida.

Stay out of Any Reckless Driver’s Way

A reckless driver’s anger and “me” state of mind leaves no room for anyone but themselves. That total disregard for you and your passengers is the key to understanding reckless drivers as a road hazard. Whether you notice that a fellow motorist’s behavior is risky, dangerous, aggressive, or reckless, the best thing you can do is stay out of their danger zone. Remember these NHTSA recommendations:

A Car Accident Attorney Can Help

Auto accidents that result in injuries are difficult to manage. When a reckless driver crashes into your vehicle, everything becomes more complicated. Reckless drivers often lack insurance policies or they have insurance company coverage issues. They push back against findings of fault because a criminal conviction can affect driving privileges, employment, family, and other life concerns. When you’re injured by a reckless driver, these issues often complicate your right to file a claim for damages. You need a legal representative to look out for your interests.

A car accident lawyer offers the expertise you need to overcome legal and insurance company hurdles. A lawyer can work on your behalf to protect your rights and recover damages for your injuries. When you consult an attorney, you’re not committing to anything but talk and listen. An attorney can talk to you about your options. If you choose to move forward against the responsible party, they can help you through the process.