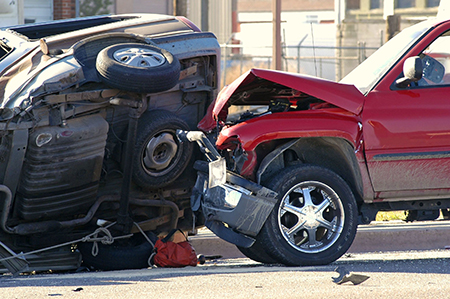 In 2017, there were 34,247 traffic fatalities in the United States. Of these, 3,112 were in Florida. This accounts for over 9 percent of all traffic fatalities. That’s a scary number. Every day, thousands of accidents happen across the state of Florida. The majority of these accidents are preventable. If you have been injured in a car accident, contact the Law Office of Jerry Jenkins to learn more about your legal rights.

What Are the Leading Causes of Accidents?

Distracted driving is a major problem on the road. In fact, it is the leading cause of accidents in the United States. In 2017, distracted driving was the primary cause of 3,166 traffic fatalities (9 percent). According to the National Highway Traffic Safety Administration, sending or reading a text takes your eyes off the road for five seconds. Given that the suggested following distance is three seconds, that is plenty of time to cause an accident.

As a result of the high number of distraction-related deaths, many states have implemented laws prohibiting drivers from using a mobile device while driving. Recently, Florida made it illegal to text and drive. As of July 2019, texting and driving is a primary offense, meaning if an officer sees you texting, they can pull you over. In the event of an accident, the court can request your personal cell phone records to prove that you were on the phone while driving.

But it’s not just texting that can take a driver’s eyes off the road. Other distractions can interfere with a person’s ability to focus on the road. Some examples include:

Driving Under The Influence

While distracted driving causes more accidents than any other factor, driving under the influence kills more. According to the National Highway Traffic Safety Administration, there were 10,874 traffic fatalities in 2017 caused by drunk driving. This accounts for 29 percent of all traffic fatalities. Driving under the influence can affect a driver’s judgment and their ability to control their vehicle. The NHTSA reports that at a blood alcohol level of just 0.02, a person’s judgment and visual functions are affected. At a blood alcohol limit of 0.08, a driver will experience short-term memory loss, diminished muscle coordination, and decreased information processing capabilities.

In Florida, anyone with a blood alcohol limit of 0.08 or greater will be cited for a DUI. However, any alcohol level that affects a driver’s ability to safely drive is dangerous and illegal. In 2017, Florida reported 839 alcohol-involved traffic fatalities. This is the third-highest figure in the United States, only behind Texas and California. The good news is, Florida also saw the largest decrease in alcohol-related accident fatalities compared to the previous year.

Speeding is a serious problem in the United States. In 2017, speeding killed 9,717 people. That’s over a quarter of all traffic fatalities and the second leading cause of traffic fatalities. In Florida, excessive speed killed 124 people that same year. Another 92 people were as a result of driving too fast for conditions. Many drivers don’t realize the dangers of driving too fast. The thing about speeding is that while it only accounts for 17 percent of all fatal accidents, it also 26 percent of all traffic fatalities. This means that you are more likely to die in a speeding-involved crash than other types of accidents.

This is because of the physics behind these accidents. As a vehicle goes faster, the energy inside that vehicle increases. When two vehicles collide, the energy from vehicles is absorbed by the accident. This increases the severity of injuries and risk of death. Additionally, safety devices designed to protect you in the event of an accident are not as effective at excessive speeds. In addition to following posted speed limits, drivers need to adjust their speed to adapt to changing conditions.

Not only does speeding increase the severity of an accident, but it also diminishes a driver’s ability to react to hazards. This means:

In 2017, there were more fatal accidents in Florida caused by a driver’s failure to yield than by speeding. As drivers, we expect others to follow all traffic laws. This is especially true at intersections. Most drivers take for granted that other drivers will always stop at red lights and stop signs. Unfortunately, more than 500 fatal accidents in Florida were caused by a driver’s failure to yield. Most of these accidents happen at intersections when a driver runs a red light or stop sign. Because we expect others to obey the traffic laws, most people don’t double check when proceeding through an intersection.

While driving under the influence is a contributing cause of many of these accidents, other drivers red through intersections because they are not paying attention or because they think they can make it through before the light turns red. Because of this, you should always look both ways before crossing an intersection.

In addition to intersections, failure to yield accidents can happen in parking lots and freeway on raps and off-ramps. Always practice defensive driving and be prepared to respond in the event a driver pulls out in front of you.

Sometimes accidents aren’t the direct result of someone’s negligence. Factors such as bad weather or poorly maintained roads can cause an accident. However, while these factors aren’t always predictable, as a driver, you have a responsibility to recognize and adapt to changing conditions. This may mean reducing your speed, turning on your headlights, or even pulling to the side of the road.

One of the best ways these types of accidents can be prevented is knowing your surroundings and being prepared. It’s always a good idea to check the weather and traffic before you head out. If there is construction in the area, you may want to consider a different route.

Driving on the road can be scary. Sometimes drivers actions are erratic, irresponsible, or just plain dangerous. Thankfully, there are steps that you can take to reduce your chances of being involved in an accident. The following tips can help keep you safe:

Know Your Rights After an Accident

After an accident, certain legal protections can help you recover from your injuries. If you have been injured in an auto accident that was not your fault, you may be eligible for compensation. Additionally, your PIP coverage can be used to cover any injuries caused by the accident. To use your PIP, a doctor must see you within 14 days of the accident. To be eligible to use all of your PIP benefits, a doctor must diagnose you with an emergency medical condition. Otherwise, you can only use $2,500 worth of benefits. If your injury causes you to miss work, you can also use your PIP to cover lost income.

While we carry insurance, obey traffic laws, and acknowledge the risks that come with driving, no one is ever really prepared for an accident. A car accident can take you by surprise and cause serious physical, emotional, and financial stress.

If you were injured in an accident, you have rights that an Orlando car accident lawyer can explain to you. Accidents are never easy, but taking the steps to protect yourself can make recovery easier. One of the most important steps is calling a car accident attorney.