FACTS YOU NEED TO KNOW ABOUT SIDESWIPE COLLISIONS 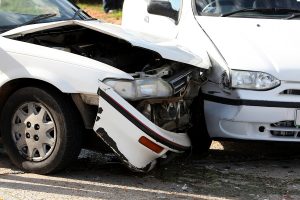 There’s nothing typical about a Florida sideswipe vehicle collision. Sometimes, it’s the simple result of a negligent lane change. That’s often the case when a sideswipe occurs during congested commuter traffic. At other times the responsible driver is involved in one of the infamous risky driving behaviors that are a factor in far too many accidents. Whether a sideswipe involves a simple bump or a forceful impact, human error is usually the common element.

By definition, the location and type of impact are the only appreciable differences between a sideswipe accident and any other type of collision. Just like other accidents, a sideswipe can be a simple glancing blow or a powerful, terrifying crash. When the impact is minimal the damage is usually negligible and involved parties drive away unharmed. When the impact is so forceful it causes extensive damage, vehicle occupants often sustain injuries that are just as serious as in more intimidating types of crashes.

A forceful sideswipe crash often causes a variety of injuries. If the collision involves a major difference in vehicle size, weight, or speed, it magnifies the potential for serious or catastrophic injuries. When a striking vehicle is heavier with a bigger, higher-profile bumper and reinforcement designed to protect its passengers, those features often enhance the bigger vehicle’s ability to damage a smaller vehicle and injure its passengers.

How Do Sideswipe Collisions Occur?

Sideswipe accidents occur when a driver changes lanes and contacts the side of an adjacent vehicle. The lane change can be a planned maneuver to exit a highway or a street or a move to a different lane. It can also be an unplanned move to avoid a road hazard or accident. Sideswipes also occur when a driver loses control of his vehicle for other reasons.

Drivers swipe other vehicles when they’re distracted by digital devices, daydreams, or by passengers in their car. Persons under the influence of drugs or alcohol cause accidents because mind-altering substances diminish their ability to control themselves and their cars. Drivers sometimes make unplanned lane changes when they can’t stop in time to avoid a front-end accident. This is often the case when a driver is speeding.

Sideswipes happen frequently enough that the National Highway Transportation Safety Association conducted a 13-month study to determine how and why they occur. They analyzed their findings and published them in the report, Analysis of Lane-Change Crashes and Near-Crashes. Researchers studied 100 cars during the participants’ daily commutes. They documented 135 “lane change events.” Three involved crashes, 132 involved near-crashes. Here are a few of their findings:

Based on NHTSA research, avoiding a sideswipe collision requires that a driver pay attention to forward-moving and surrounding traffic. Changing lanes includes inherent risk factors as a driver can only effectively monitor one area of traffic at a time. It’s easy to see how a sideswipe accident is often inevitable when a driver attempts to complete the maneuver while speeding, distracted, drowsy, under the influence of alcohol or drugs, or is otherwise not capable of controlling their car.

The term sideswipe traditionally describes an accident between vehicles traveling in the same direction. Sideswipe crashes also occur under other circumstances.

How Sideswipe Accidents Cause Injuries

Sideswipe accidents sometimes cause only minimal vehicle damage and few injuries. It often works out that way, but sometimes the outcome is far more serious. Some of the most significant sideswipe accidents occur when the striking vehicle is larger, heavier, more powerful, or traveling at a faster rate of speed than the vehicle it strikes.

Sport utility vehicles and heavy-duty pickups are heavier and bulkier than compacts and subcompacts. When the vehicle sides collide, structural and weight differences contribute to extensive damage and serious or catastrophic injuries. The larger vehicle’s body often crashes above the reinforced parts of the smaller vehicle. The impact sometimes damages a smaller vehicle’s windows, door frame, and roof. When the impact is this severe, damaged metal vehicle parts sometimes intrude into the passenger compartment where there’s little room to escape injury.

When a tractor-trailer rig is involved in any type of accident, it increases the damage and injuries in the other involved vehicles. As with SUVs and heavy pickups, size, weight, and impact force become obvious concerns. In a sideswipe and other side-impact collisions, side underride is also a problem. Underride occurs because the bottom of a commercial trailer usually sits high enough for a smaller vehicle to ride underneath it during a side impact. Smaller vehicles sometimes become wedged beneath a trailer. Passengers sustain serious and fatal injuries due to passenger compartment intrusion and roof, side-glass, and upper-vehicle damage.

When vehicles narrowly escape a head-on collision, the drivers’ evasive maneuvers sometimes cause a full vehicle-length sideswipe. The damage begins at the front of the car and extends to the back. The impact sometimes causes heavy damage and injures the vehicle’s occupants.

In instances where a slower speed would mean minimal damages, excess speed often takes the outcome in a more tragic direction. Speed is often a factor in many types of accidents involving a loss of vehicle control. NHTSA’s 2018 statistics show that speeding drivers were involved in 303 of the 3,133 auto accidents in Florida.

When a driver is traveling too fast for conditions, he is more likely to lose control. If a driver encounters an emergency, speed reduces his reaction time. Reaction time is a critical factor in sideswipes as NHTSA research shows that a driver has mere seconds between changing lanes and avoiding a collision with an adjacent driver. When a crash occurs, speed increases the vehicle’s force upon impact and contributes to serious injuries.

When a sideswipe accident occurs, vehicle occupants sustain a variety of injuries. The extent of those injuries depends primarily on the impact severity and the vehicles involved. When vehicles with like weights and sizes collide, occupant injuries are often less profound. When a large vehicle crashes into a significantly smaller car, serious and catastrophic injuries become a certainty.

A larger vehicle’s impact often causes side and door damage, broken windows, and roof damage. When a large commercial truck causes the damage, the smaller vehicle’s structure easily gives way. Private passenger vehicle occupants’ injuries often occur due to the ease with which a small vehicle’s metal structure implodes upon impact and intrudes into the passenger compartment.

Passengers sustain head, upper thorax injuries, and serious fractures. Depending on the accident severity, sideswipe crashes sometimes cause traumatic brain injuries, spinal cord damage, and internal complications. While any one of these conditions often leads to permanent disability, when a large truck crashes into a smaller vehicle, the impact has the capability of causing multiple catastrophic injuries resulting in life-changing consequences. When the injured person is a young child or a senior, their frailty allows an impact to cause even greater damage. 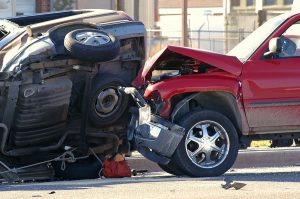 It’s been nearly two decades since the Insurance Institute for Highway Safety upgraded the efficiency and relevance of the NHTSA’s side-impact crash testing program. Vehicle manufacturers have gradually implemented new and improved safety enhancements. These features upgraded safety for passengers but didn’t improve it enough to prevent some of the most serious injuries.

When a vehicle strikes another vehicle in the side, occupants are so close to the impact, they can’t avoid the jolting trauma. Injuries also occur when damaged metal, glass, and other components enter the passenger compartment. Rear passengers often sustain more injuries than front-seated passengers for several reasons.

Technological advances have made it possible to minimize some of the human error aspects of driving a vehicle. Manufacturers developed lane assistance technologies specifically to reduce the instances of side-impact accidents. They acknowledge the NHTSA’s premise that a human driver can pay attention to only one area in the surrounding traffic. Even if a driver makes an effort to monitor his rear and side-view mirrors, look out of both side windows, and keep track of vehicles in front of him, he will still miss something critical.

Lane Assist does exactly what the name implies. It assists a driver with traffic awareness during planned and unplanned lane changes. It’s a promising technology for reducing lane change accidents and other sideswipe events. Unfortunately, the technology is still limited by a human driver’s capacity to respond. Lane assist technology gives a driver advanced notice of a hazard, but it can’t force them to take action.

The IIHS considered this fact during a research project on Unintentional Lane Departure Accidents. When the agency reviewed NHTSA accident crash data, they found that some lane change accidents occurred because drivers were falling asleep, had medical issues or were legally intoxicated just before the crash. Given their physical limitations, the drivers wouldn’t have had the awareness to react to a lane assist warning in time to avoid a crash.

Lane-keeping assist fares better as a preventative technology. It sounds an audible warning and acts automatically to avoid a lane-changing crash. The system warns the driver. It also applies the brakes and steers clear of the danger so the driver has more time to respond

Underride is sometimes an issue when a small vehicle and a large truck make contact during a sideswipe collision. Instead of simply crashing into one another, smaller vehicles sometimes end up beneath the trailer. Underride events cause extensive damage and catastrophic and fatal injuries but there is a viable safety solution. Some truckers use side guards to prevent underride incidents.

Side underride guards establish a barrier that prevents small vehicles from rolling beneath a trailer. This simple solution prevents underride incidents from causing upper vehicle damage and serious or fatal injuries. US Federal Transportation Code, 49 CFR §571.224 mandates rear underride guards for some commercial vehicles. Despite proof that they reduce injuries, the statute doesn’t include a provision mandating side underride guards.

If you’re injured in a sideswipe accident, a car accident lawyer can help you determine your legal options. Accidents are complicated, especially when you’re injured. Lawyers help you make sense of the liability and damage issues. They intervene with insurance companies and minimize the risk that you’ll give them a recorded statement that jeopardizes your recovery rights.

When you consult an attorney, you don’t have to commit. A consultation simply allows you to discuss your rights with a legal professional. When you know your options, you can make an informed decision about proceeding against persons or entities responsible for your injuries.