If you are arrested for drug trafficking, mandatory minimum sentencing laws remove discretion from judges. They cannot take into account factors like your record of community service, the impact of the punishment on your family, or how an untreated substance abuse problem might have driven you to violate the law.

Instead, the law mandates that judges impose a one-size-fits-all punishment.

Furthermore, when we think of drug trafficking, most people envision cartels moving truckloads of illicit substances into the United States for distribution through nationwide criminal networks.

But the law has grown more punitive as the war on drugs has progressed. It has reached the point where if police found you with only four grams of an illegal opioid—one teaspoon!—you could face three years in prison and a $50,000 fine for drug trafficking. 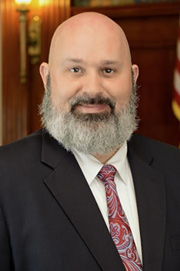 While it’s hard to equate someone in possession of a teaspoon of heroin with our perceptions of a drug trafficker, that’s what Florida’s laws do. Consequently, you don’t want to take your chances when you face trafficking charges, whether at the state or federal level. You want to call our criminal defense lawyers right away so that we can get to work protecting you from strict drug laws that could put you in prison for decades and saddle you with fines you can never hope to pay off—especially with a criminal record that could make finding a good job extremely difficult.

Here is a list of Florida’s mandatory minimums for drug crimes: