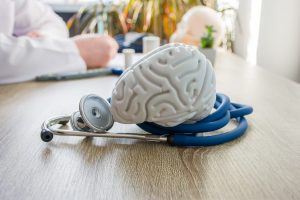 With plenty of sunshine, nearby beaches, and a lot of local attractions, people seldom run out of things to do or see in Clermont. However, in spite of all the wonderful things about this city, there are dangers everywhere—from roadways, to beaches, to amusement parks, and backyard pools.

Of all the injuries one might suffer while enjoying Clermont, brain injuries are among the most serious.

The Clermont personal injury lawyers at the Law Offices of Jerry Jenkins can help you understand the legal options available to you.

Read on for more information about brain injuries and how the Law Offices of Jerry Jenkins can help you obtain compensation if you have acquired a brain injury due to an accident that was caused by someone else’s negligence or careless actions.

What Is a Brain Injury?

A traumatic brain injury is often caused by a violent jolt or blow to the head. In some cases, the injury may involve penetration through the bony protection of the skull, while other brain injuries are considered “closed”—meaning the skull was not broken or penetrated. Because the brain is such a complex organ that controls all the voluntary and involuntary responses of the body, the effects that an injury has and the deficits it produces depend on the severity of the injury, the location of the brain that was injured, and even the side of the brain that suffered the injury.

The brain is made up of several sections, called lobes. Each of these lobes controls different parts of the body.

Here is a look at the vital sections of the brain and the possible effects that an injury to these areas could cause:

The side of the brain that is injured can also have an impact on what type of deficits the injury creates.

When a brain injury occurs, the body responds with physiological responses, including biochemical reactions that can cause further damage if not addressed promptly. Severe brain injuries often result in a loss of consciousness that lasts for longer than 24 hours. This period of unconsciousness is known as a coma. As time goes on, if the person cannot wake up, a doctor may diagnose that person with a consciousness disorder.

Some consciousness disorders include:

How Do Brain Injuries Occur?

Brain injuries can be caused by any event or activity that results in a violent blow or jolt.

Among the most common causes of brain injuries are:

The Complications of Brain Injuries

Suffering a traumatic brain injury not only impacts the life of the person who experienced the injury, but often impacts the lives of those who love and care for the person as well. Brain injuries are incredibly expensive, with estimates pinpointing the cost of lifetime treatment of the injury at between $85,000 to $3 million.

More than 5.3 million adults and children in the U.S. are currently living with a brain injury and resultant lifelong disabilities. Here are some of the impacts often suffered by those with brain injuries:

If the negligent or careless actions of another person or entity caused your brain injury, you can pursue compensation through a brain injury claim. This form of civil lawsuit holds the at-fault party financially responsible for the damages that he or she caused.

Some of the damages that we can try to collect through a brain injury lawsuit include:

Let The Law Offices of Jerry Jenkins help you understand the legal options available to you as a result of your Clermont brain injury.

“I live in GA and I was on vacation in Florida When I got hit. I needed a Florida lawyer to handle my case. Jerry was swift, he directed me and gave me good advice, hooked me up with great medical teams and followed my wishes for financial negotiation. Jerry has a wealth of knowledge and used all capacities to get the most I can get from my claim. Jerry will return your call in a timely manner, he will handle you correctly and accordingly. Don’t go nowhere else.”