How Much is my Auto Accident Claim Worth?

HOW MUCH TO EXPECT FROM A CAR ACCIDENT SETTLEMENT? 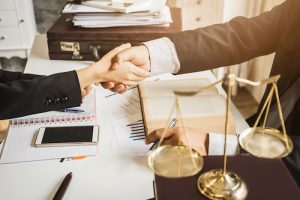 Here at the Law Office of Jerry Jenkins, Florida car accident victims and their family members come to us seeking relief from the multiple challenges of the aftermath of a devastating motor vehicle crash. Many of them hope to obtain as much compensation as possible for their injuries and losses, as quickly as possible.

They ask us: How much can I expect to receive as a settlement of my claim? In this blog post, we take a deep-dive into how we most often answer that question.

Settlements, in a Nutshell

Many of the people who come to us for legal advice after a car accident have heard they deserve a settlement, but they do not always know what that means in practice. Let’s take a step back to explain a settlement is and isn’t.

In relation to a car accident claim, a settlement is an agreement—a contract, in other words—between the accident victim and a person or entity facing legal liability to the victim for money damages. In the typical settlement, the victim agrees to accept an amount of money as payment for the victim’s injuries and losses, in exchange for releasing the paying party from any further liability. The payment to the victim may take the form of a lump sum, installments over time, and/or payment of debts the victim has to third parties, such as medical providers.

In most (but by no means all) car accident cases, an insurance company pays money to the victim on behalf of the party who has legal liability for the accident. Oftentimes, crash victims also have the right to first receive money from their own personal injury protection insurance policy. Usually, victims receive those payments without much difficulty (although a lawyer can help, if need be). For the most part, however, the types of settlements car accident injury lawyers help clients to obtain come from insurance companies representing the other, at-fault party in the accident, usually when damages exceed the amount of the plaintiff’s PIP policy.

Not all car accident cases end with a settlement. Most do, but sometimes experienced car accident injury lawyers advise their clients that the best option for recovering the compensation they deserve is to take a case to trial in front of a judge and jury. In those cases, rather than a settlement, the lawyer aims to convince a jury to award the injured crash victim money.

For a settlement to happen, a lawyer for a car crash victim typically needs to know two critically important pieces of information: who has legal liability to the crash victim for damages, and how much money the victim should receive for injuries and losses inflicted by the accident.

Identifying Who Has Liability

Obviously, a lawyer cannot obtain a settlement for a client until the lawyer knows who should pay the settlement in the first place. To figure out the identity of a party with liability for car accident damages, the lawyer will typically investigate the facts and circumstances of the crash.

Every crash has its own unique aspects, but in most cases the lawyer will target a few likely parties to figure out if they owe money damages to the injured victim, including:

Any of these parties, or someone else altogether, could have legal liability for a car crash. Experienced lawyers know the important thing is to identify all parties with potential liability, to maximize a client’s chances of recovering every dollar of compensation available.

Lawyers for car accident victims also investigate their clients’ injuries and losses to make sure they tally up every dollar of compensation the clients deserve as payment. One key consideration is to calculate future financial damages that a victim will likely suffer because of an accident.

The amount of damages an injured car accident victim should receive varies widely from crash-to-crash, but in general a victim has the right to recover compensation for:

No lawyer can guarantee that a car accident will recover all of these categories of damages, or any of them, or in what amount. What an experienced car crash injury attorney can promise, however, is to do the work necessary to identify the full amount of money an injured client should receive, and then to fight to recover as much of that money as possible from the parties who have legal liability for the crash.

How a Settlement Comes Together.

Car crash cases do not necessarily follow a fixed path. How they unfold depends a lot on the circumstances of an accident, on the severity of the client’s injuries, and on the parties on both sides of the case.

Generally, however, once a lawyer for a crash victim knows who has potential legal liability for an accident, and how much money the legally liable party (or parties) should pay, the lawyer will demand payment from those parties. The demand may happen informally, say, in the form of a letter to the party in question, or formally by, say, filing a lawsuit against that party, or both.

In whatever manner the demand happens, it usually leads to discussions between the lawyer for the injured crash victim on one hand, and lawyers and/or insurance representatives of the legally liable party or parties on the other. In those discussions, the victim’s lawyer tries to convince the other side to pay money as damages, and the representatives of the legally liable party try their best to find a reason not to pay.

These discussions—which often take place at the same time as the parties also engage in litigation in a Florida court—often lead to a settlement agreement. Sometimes, the parties will reach an agreement on their own. Sometimes, getting to an acceptable settlement requires the help of a neutral mediator, whose job is to assist the parties in finding a middle ground.

If the parties can find that middle ground, then they typically sign a settlement agreement that contains the terms of the settlement: the amount and characteristics of the payment to the victim, and the scope of the liability the victim releases the paying-party from having in the future.

As we said, although most car accident cases end in a settlement, not all do. Sometimes the lawyer for the crash victim will advise that the amount of money offered as a settlement is not fair and adequate, and that it makes good sense to take the case to a jury instead.

It depends. As we said, settlement amounts vary widely from crash to crash and victim to victim. An experienced lawyer can sometimes give a client a ballpark estimate of potential ranges of damages after learning about the specifics of an accident and its resulting injuries, but it takes hard work and skilled negotiation to bring that amount into focus.

Factors that may influence the amount of a settlement in a car accident case include:

Depending upon these factors, two similar car accidents could result in different settlements based only on the amount of insurance the party with legal liability carries, or on whether a victim walked away from the crash or suffered a severe spinal cord injury that left him paralyzed.

How Accident Victims Can Help Themselves.

As you may have gauged, many of the factors affecting the amount of a car accident settlement lie beyond the injured victim’s ability to control.

Still, as a general matter car accident victims can take several steps to protect their wellbeing, their legal rights, and their chances of recovering maximum compensation.